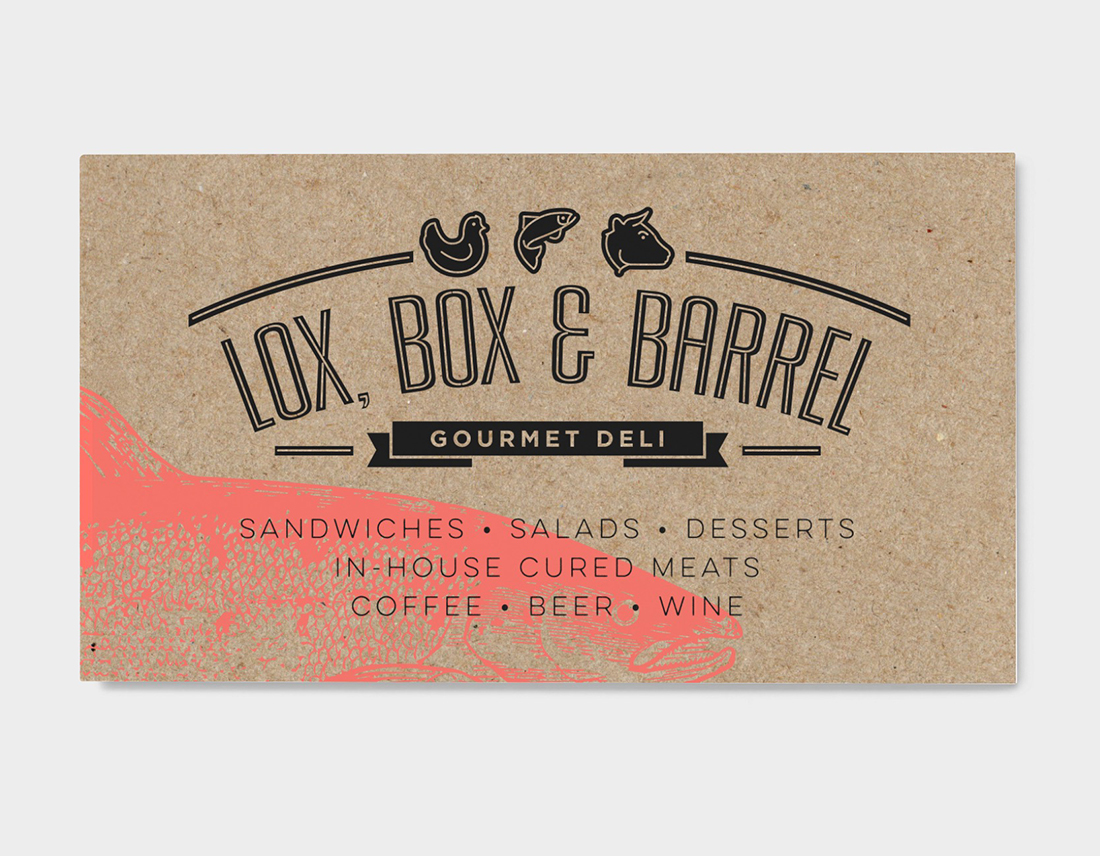 Lox, Box & Barrel is a new gourmet deli in Austin, slated to open in early 2016. For the 2015 Austin Food & Wine Festival we designed a double-sided promo card announcing the new restaurant by Sebastien Caillabet, owner and executive chef of Celtic Seafare. We also created some imagery for their social media where they continually update the progress of their amazing menu and construction of the restaurant itself.